Numbers of Mediterranean Gulls at several sites in Kerry are very high at the moment. Although these sites would regularly host one or two birds in late autumn, winter or spring, the early autumn peak in numbers has become very pronounced in Kerry in recent years.

Up to 11 individuals have been seen at Ballinskelligs in recent days, while Dingle Harbour and Ventry have reached 11 and 9 respectively. Keeps your eyes open wherever gulls gather. 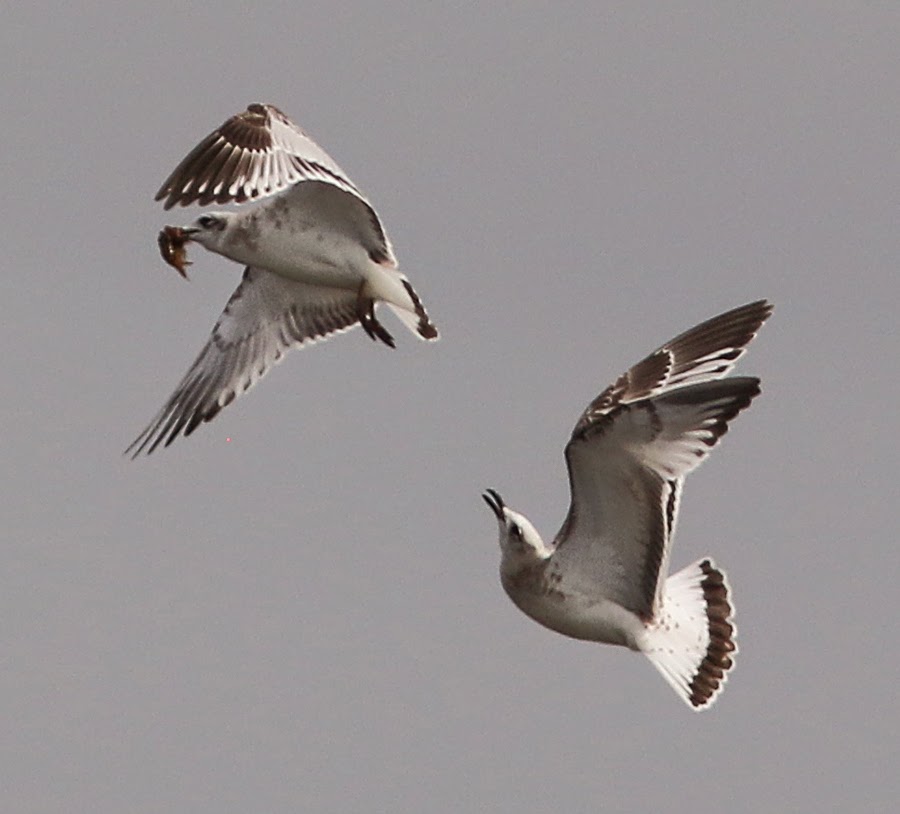 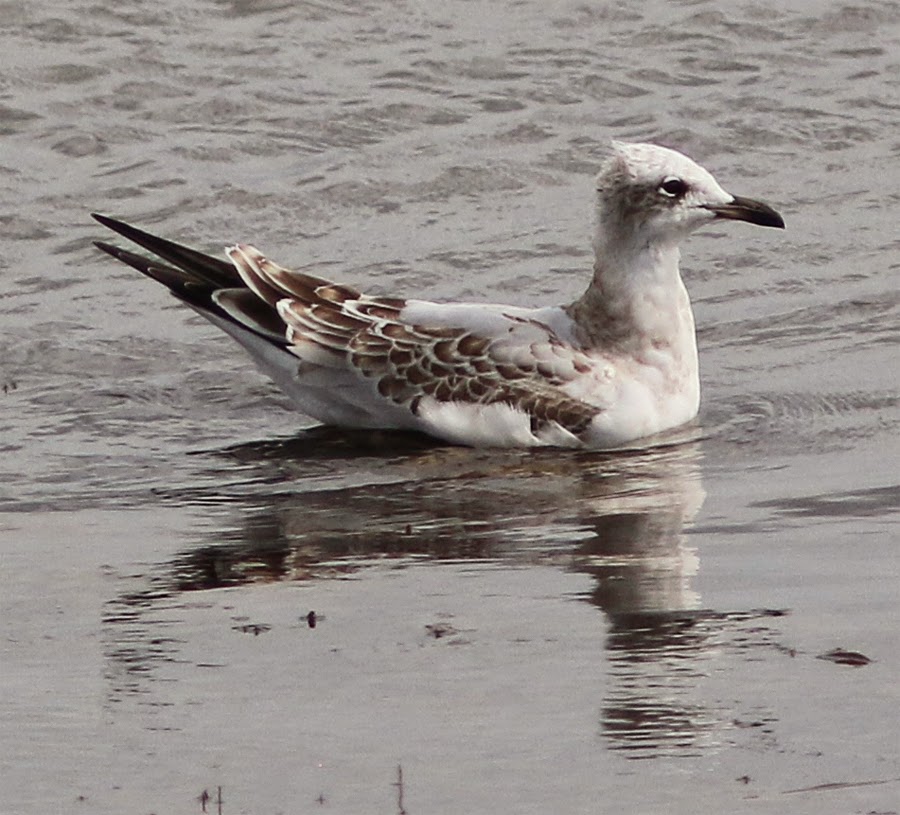 Uncommon recovery of a Common Gull

A ringed Common Gull was found dead by the Skelligs Golfcourse, Waterville, on 23rd August. 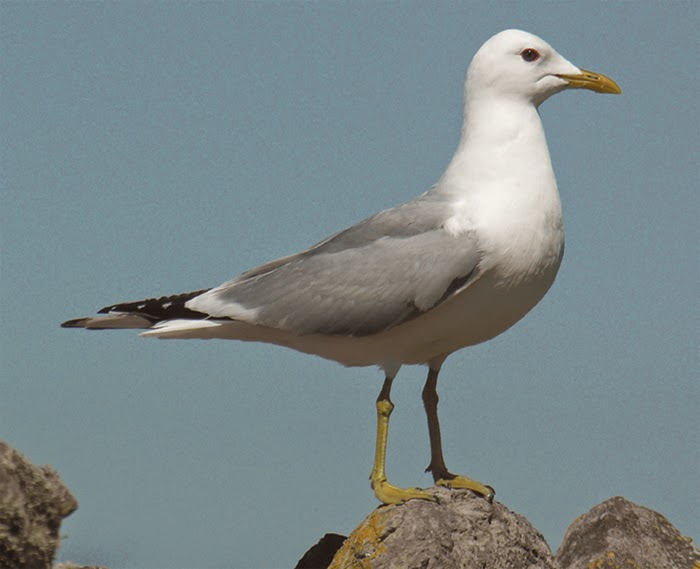 Common Gulls breed at a number of island sites in Kerry, but numbers are greatly boosted in winter by birds from elsewhere in Ireland, Britain and from continental Europe. Most recent 'foreign' recoveries of ringed birds have been from Scotland, Norway and one from Poland. There have been a handful of recoveries of Common Gulls ringed in Iceland, but the one here is the first in the last 10 years or so. 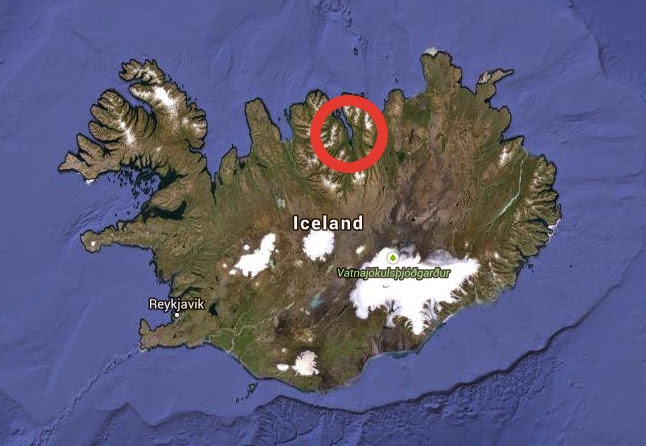 The bird was ringed as a chick in June 2006, near Akureyri in north central Iceland. 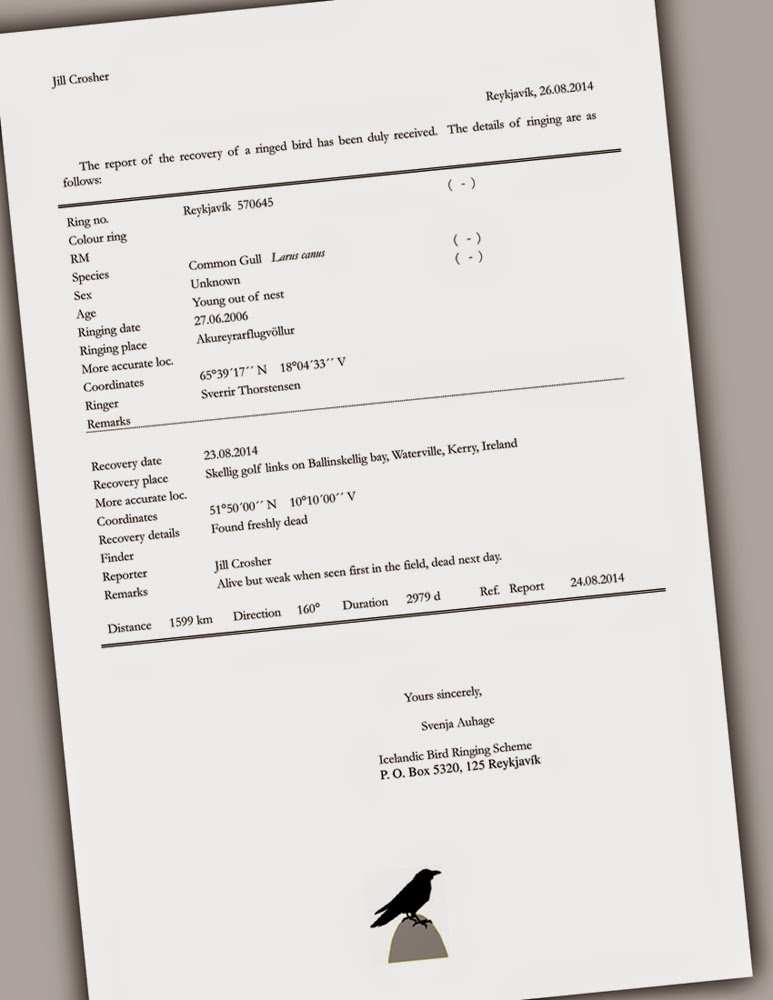 The details (you can click the image for a closer view)

This bird was found some 1600km from its birthplace, and had survived 8 years. Where it had travelled in that time is anyone's guess...

"...I also found quite interesting that just a few days before (18.8.) a Common Gull ringed at exactly the same day at the same location was found dead at the Faroe Islands."
Posted by Michael O'Clery 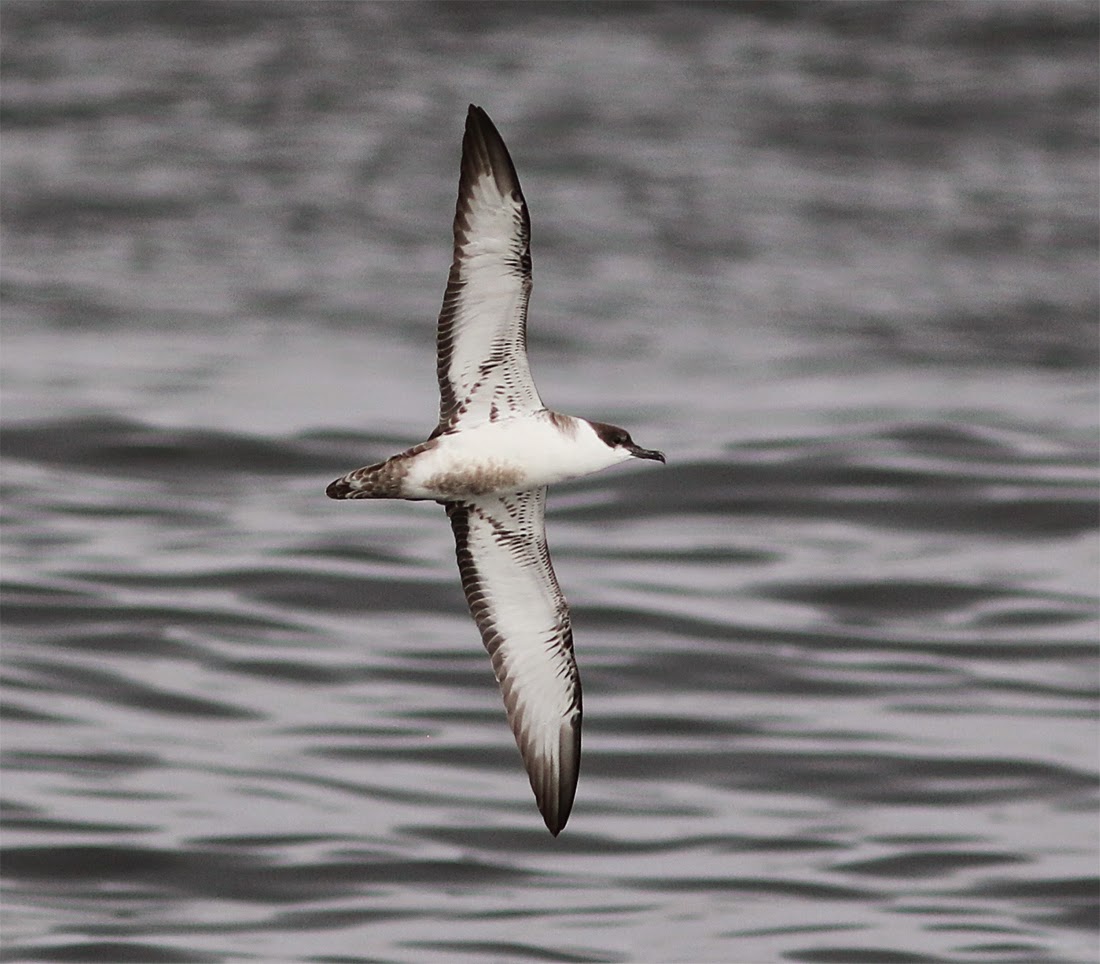 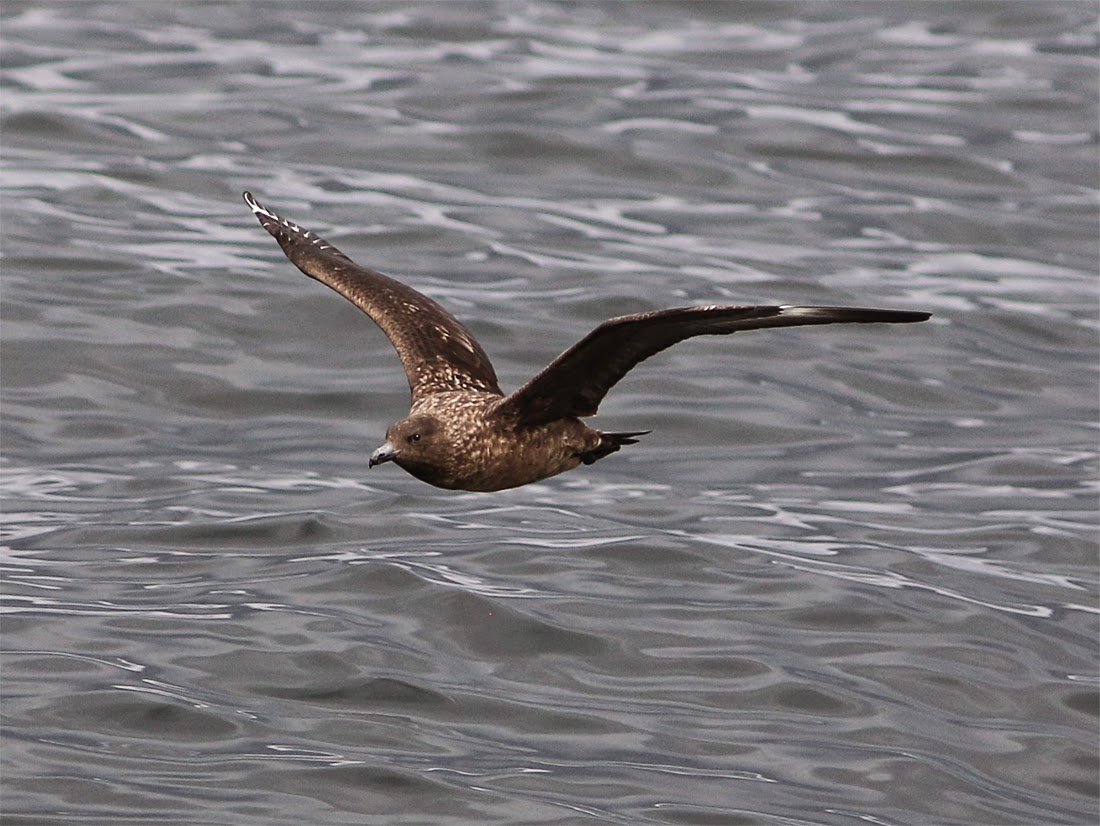 Is there a wetland near you that should be included in this map? 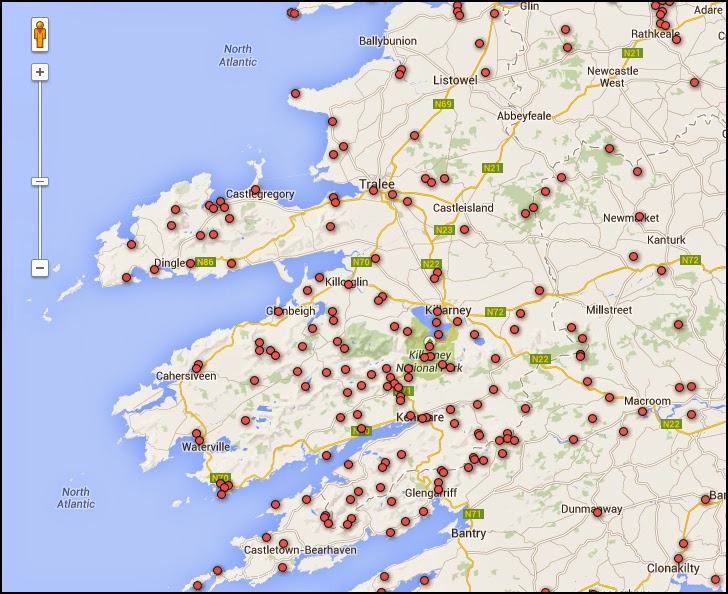 "Myself and Paddy Crushell have been asked by Kerry County Council to draw up a complete wetland map for Kerry... to include both sites within the state SAC/ SPA / NHA network, but more importantly sites outside of the “recognised” network.

I was wondering if there were any important sites you feel should be included in such a wetland map? We are looking at both freshwater habitats (bog/fen/lake/ponds artifical or natural etc.) and brackish water (saltmarsh/lagoons/dune slacks etc.).

The Map of Irish Wetlands (HERE) currently has 128 sites shown in the county. We have already added another 50 or so sites based on older reports and surveys, and most again fall within the state network of sites (not currently shown on map). We are also undertaking a full screen of aerial photographs and subsoil data for Kerry to identify wetland sites outside of the state network... but this will mainly identify areas but not provide much additional information until some future survey is undertaken.

If there any sites that jump to mind that you are aware of (outside of the state network of sites) that you feel should be included I would be delighted to hear about them. All we need is name, a grid ref or screen grab for site and any other information on the area you are aware of (habitat or species info always useful). Any help would be much appreciated.
Many thanks."

Merlin and Starling - nature in the raw

Not for the faint-hearted, this one.

Pat Fennessy was lucky enough to see and film a young female Merlin immediately after it caught a juvenile Starling, near Slea Head last Saturday. The falcon was so intent on despatching its victim that it allowed approach to within just a few feet. If you are squeamish, perhaps have a look at this clip HERE instead.

Places are available on the Kerry Pelagic, an offshore boat trip beyond the Blasket Islands to see oceanic seabirds such as Shearwaters, Petrels and Skuas.

The boat leaves Dingle Marina at 7.30am on Wednesday next, 20th August, returning at approximately 3pm. Cost is 60 euro per person.

More on the Skelligs

More on the recent Skelligs Star Wars filming, and the issue of pointing the stone structures on the island, from Anthony McGeehan's Facebook page...
Posted by Michael O'Clery 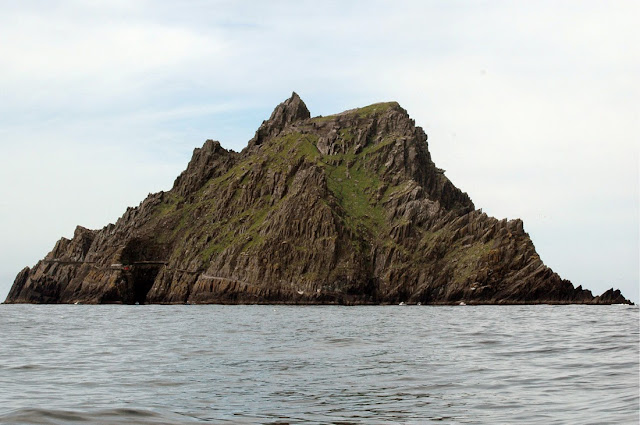 There are only two UNESCO World Heritage sites in Ireland, Newgrange and Skellig Michael, and recent events at the latter, which have made international headlines, would seemingly show the contempt with which this status is held by the Government. Despite objections from NPWS and BirdWatch Ireland, permission was given for three days filming on one of the most important archaeological sites in the world, and one of the largest and most important seabird colonies in Western Europe. Filming took place from 28th to 30th July. Yes, some species would have finished breeding and dispersed out to sea, but Storm Petrels, Manx Shearwaters and others such as Kittiwake and some auks were still present as the film crew and all their heavy equipment arrived on site.

As evidenced by the video below, two helicopters persistently circling the island at close range must have caused chaos amongst the seabirds, and some accounts are emerging of seabird chicks being blown off ledges by helicopter activity.

With heavy-handed security even on the adjacent mainland, there would seem to have been a real lack of monitoring of the effects of all this on Skellig Michael's seabirds. Persistent loud noise in and around nest sites is a sure fire recipe for abandonment of nests, but was anyone even allowed onto the island to supervise this? Seems not.

It seems utterly shameful that our World Heritage site, and one of the largest and most important seabird colonies in Europe, can be treated with such disdain by the authorities.

Video showing activities around Skellig Michael during Star Wars filming (With grateful thanks to James Pembroke).

Another issue for the future is the inevitable added pressure which will be placed on the island by increased visitor numbers, not to mention, Star Wars fans. The island can only handle a certain number of visitors a year (e.g., 13,221 in 2013), and these numbers are currently limited, but if the filming of Star Wars on the island can be pushed through with such apparent ease, despite the objections of BirdWatch Ireland and others, who is to say that even more pressure won't be bought in the same way to increase visitor numbers, thus adding to the already considerable problems of erosion and disturbance which already exist.

And while on the subject of the Skelligs, here's another outrageous development... In their 'wisdom' OPW have permitted the pointing of some of the monastic structures on Skellig Michael. No doubt the trump card of 'Health and Safety' is being waved, but apart from looking horrific, how many Storm Petrel nests have just been concreted over. Is this really necessary? 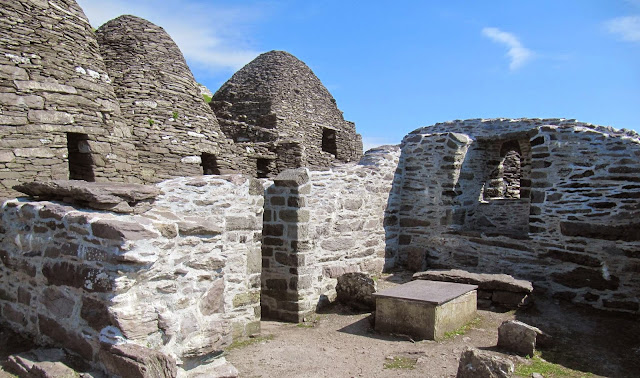 Some remarkable footage of one of the first flights of a young Barn Owl. One of a brood of four, she is about 65 days old and ready for the off. Lots of wing-flapping, a final check of distance and bearing and she's off...