A quick trip to Japan over Christmas and you would think, on the opposite side of the world, there would be little in ornithological terms to compare with Kerry. Perhaps surprisingly, Japan actually shares many species in common with western Europe. Cormorant, Siskin, Woodcock and Tree Sparrow are just some that would be familiar to an Irish birder in Japan. Many of the waders and wildfowl, some gulls, and some passerines are present in both regions, despite being 9,500 km apart.

Some are even of the same subspecies, such as Wigeon and Black-headed Gull, but many others, though looking familiar to Irish eyes, are of 'eastern' subspecies, such as Long-tailed Tit, Goldcrest and Carrion Crow, and may well be 'split' into full species in the near future.

For a Kerry birder though, there are some mouth-watering species to be seen in Japan which might just make it to Ireland as extremely rare vagrants. A selection of these are shown below and some will undoubtedly make it onto the Kerry list, some day. Dawn over Yokahama, a futuristic metropolis, spotlessly clean and well-ordered. The Black-tailed and Slaty-backed Gulls are just waking up far below (all photos: 23rd to 26th December 2016, by Michael O'Clery).

The Japan list got off to a flying start at dawn as Black-tailed and Slaty-backed Gulls could be seen from the hotel window 57 floors up. With a combination of jet lag and 'in-flight liquid nourishment withdrawal symptoms' (also known as a hangover) it was a little nausea-inducing to be looking 200m vertically down on our first ticks of the trip. 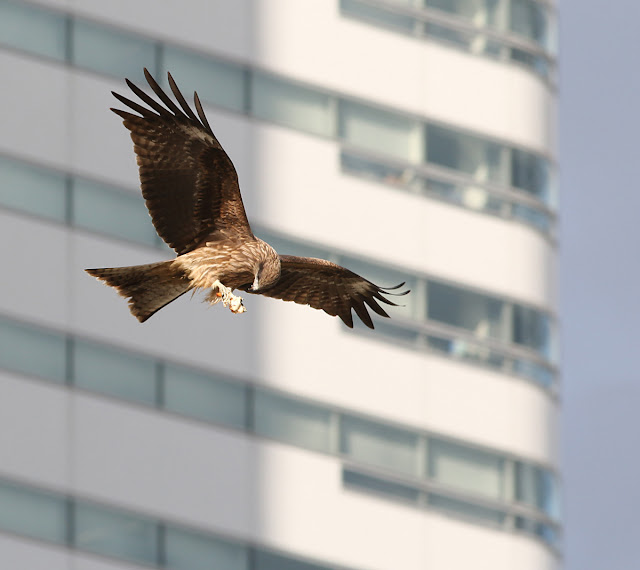 Out on the streets below it was somewhat unexpected to see Kites flying about the skyscrapers of downtown Yokahama, and these Black-eared Kites proved to be common and widespread even in the most built-up areas, eager to snatch up any dropped sandwich. A sighting of European Black Kite in Kerry would make for a red-letter day and warrant the uncorking of a bottle of champagne, but it might, just might, be worth checking it for Black-eared Kite. One made it to Norfolk in 2006. Ok, a real outside chance, but you never know. 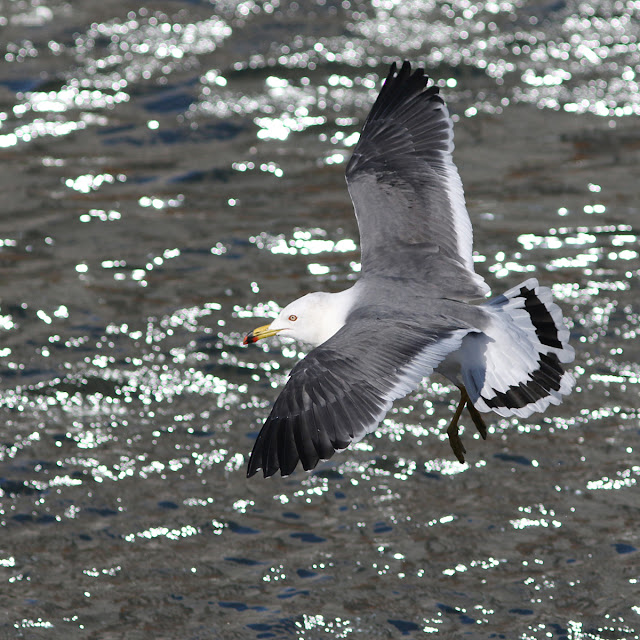 Ireland has scored heavily in ultra rare vagrant gulls in the past few years, with Glaucous-winged, Slaty-backed and Vega Gulls added to the Irish list. All three are from the pacific area, so another hotly tipped addition to the Irish list is Black-tailed Gull. Adults are easy, and are one of the most attractive of gulls (if, that is, you regard ANY gulls as being attractive - many don't). A first-winter could be a little tricky, but should stand out from our own Common Gulls.

Another gull species which has already been recorded in Kerry - the only record so far for the Western Palearctic - is Kamchatka Gull (see post HERE). Although that record has not yet officially been accepted and the species is not yet 'officially' split, any largish, dark-looking Common Gull is well worth looking out for. 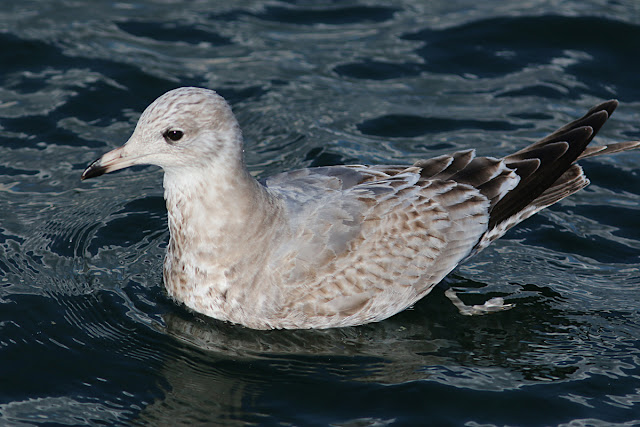 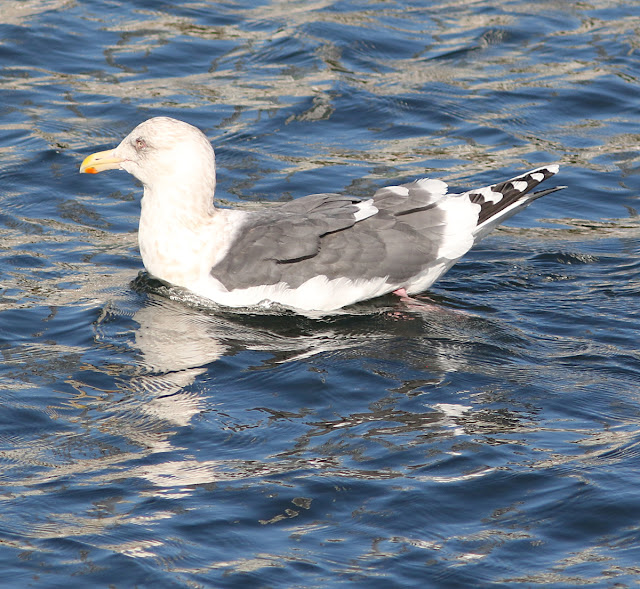 Slaty-backed Gull has also been added to the Irish list, and one will surely, sooner or later, turn up in Kerry. Bubblegum pink legs on a 'Lesser Black-backed Gull' should ring alarm bells. Actual bubblegum on any gulls leg is possible too, especially those scavenging on dumps or city streets. 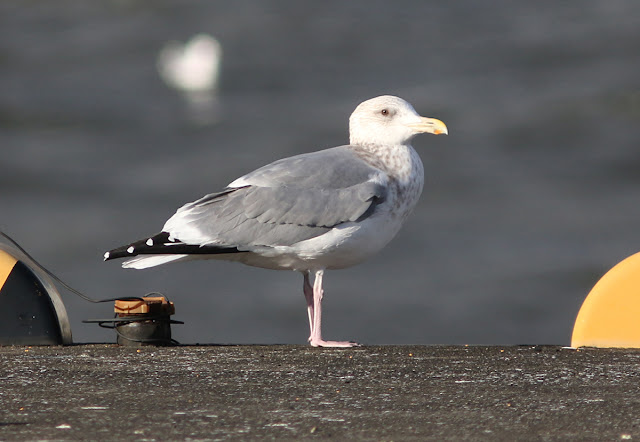 Last of the gull photos, honest. This species, Vega Gull, has already been seen in Ireland, identified by sharp-eyed Killian Mullarney in Wexford in January 2016.

Like true birders, to see this Vega Gull, we had to engage in a little lawlessness by furtively crossing a busy helipad and bus depot park to get to a large roosting flock of gulls along the quay. We got about 15 minutes of slightly illegal quality 'gulling' before being spotted by security, and being asked, or rather invited, to leave, with lots of polite bowing and smiles from the uniformed guard. Yes, we got thrown out, but in the friendliest manner possible, and by then we had had our fill of all things gull.

And so, at the risk of 'Over-egging the gull pudding' * we quietly but firmly closed the gull book and travelled away from the city and into the countryside...

*This phrase is known as one of "Mick's Metaphors". 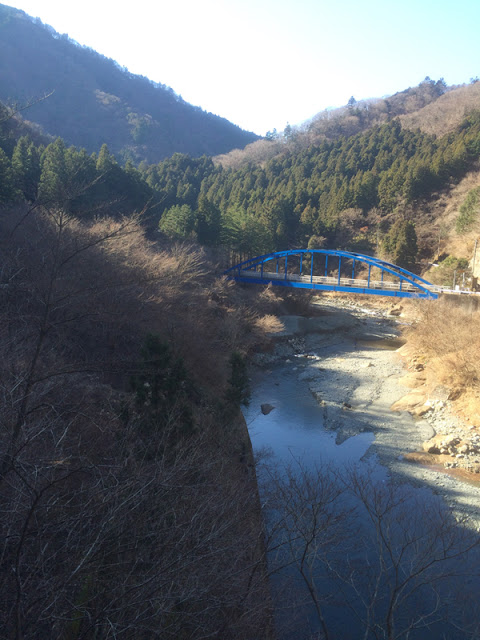 The central areas of Japan are heavily wooded and mountainous, with many large rivers and reservoirs. At this spot above, Mountain Hawk eagle, Brown Dipper and Crested Kingfisher were stand-out highlights, though it would take severe drug mis-use to claim any of those in Kerry. 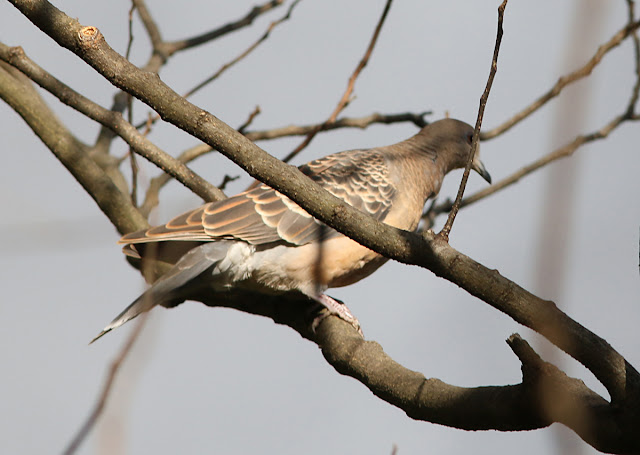 This dove is a long-overdue addition to the Irish List, and one could easily turn up in Kerry. Well, not easily I suppose, seeing as it would have to travel thousands of kilometres to gets here. Although possible on a headland in October, it might also be found wintering in someone's garden, as there are several such records in Britain. If a 'Turtle Dove' turns up at your bird table in December, be sure to have a closer look. 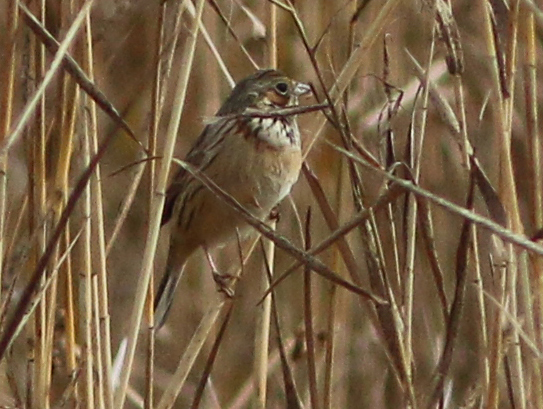 Another outside chance for Kerry, and a first for Ireland if, or when, it occurs. There are already several records of Chestnut-eared Bunting in Britain. 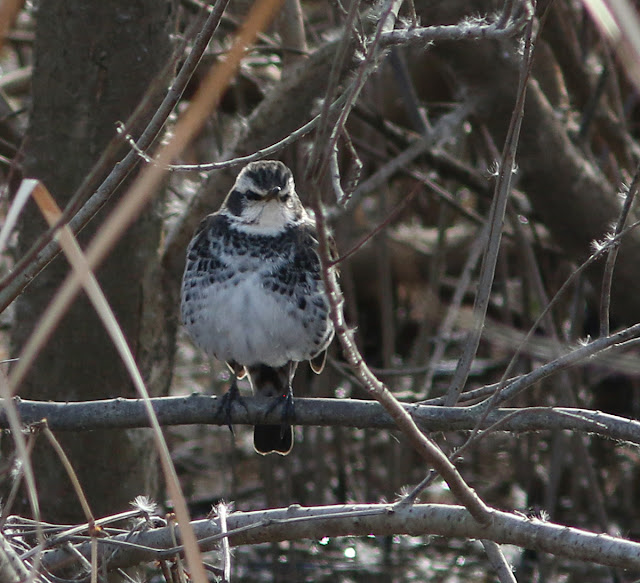 Please, oh please, to the ornithological deities, or Birding Gods, or Santa, or whomever, please deliver onto us one of these jewels. Dusky Thrush is a gorgeous, characterful bird, ultra rare in Europe of course, though there are several records for Britain and elsewhere in Europe, including this autumn. It really is only a matter of time before one turns up in Ireland, so why not Bolus Head in October? And, like Oriental Turtle Dove, it could equally be found as a wintering bird in Ireland, or preferably Kerry. In Japan in winter they are common in suburbs, fields and woodland edges, often feeding on lawns or sports fields like a Mistle Thrush. 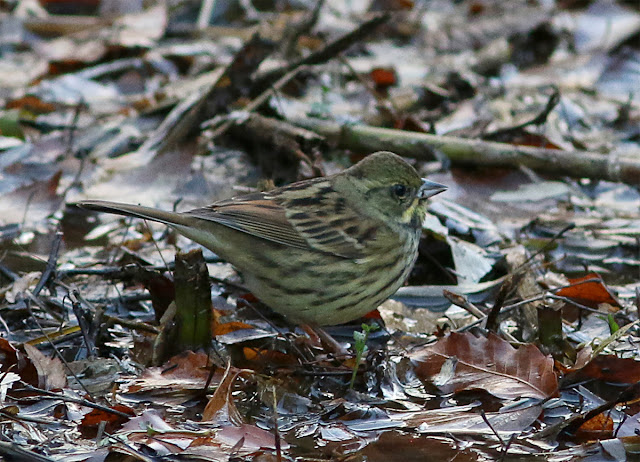 Britain also has a few records of this largish bunting, so Ireland could, in theory, get one any autumn now. Or winter. 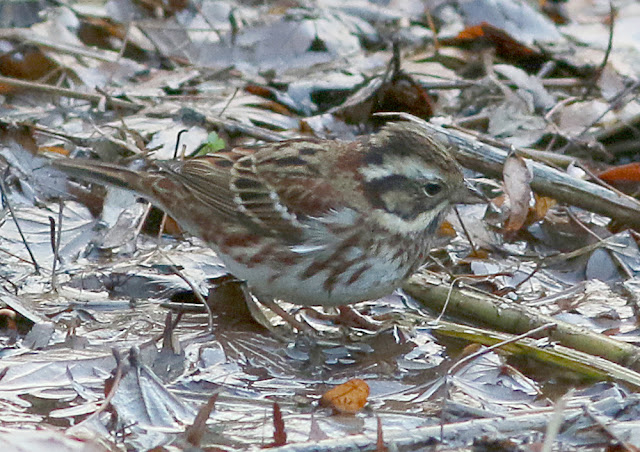 There are to date 20 records of Rustic Bunting in Ireland, mostly from Cork headlands, and nearly all in autumn, so this (along with Ortolan Bunting) is one of the more likely species to be added to the Kerry list in the near future. 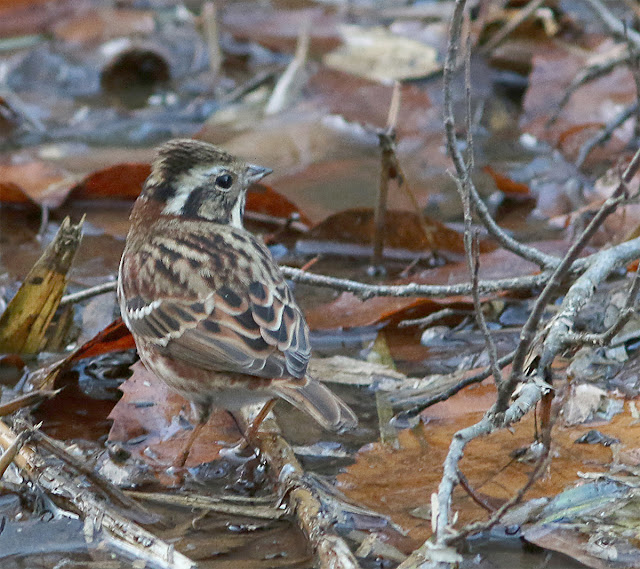 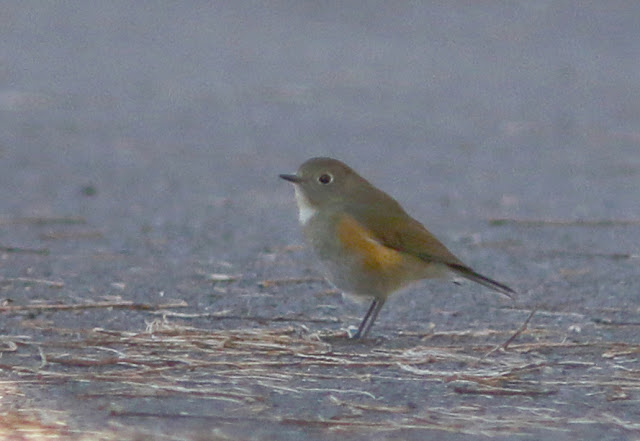 Red-flanked Bluetail has been the 'Holy Grail' of autumn birding in Ireland, and a species which has seen a recent increase in occurrences in Britain and Ireland. Dunquin, or Bolus Head, must surely host one of these beauties some time soon. Bring it on!