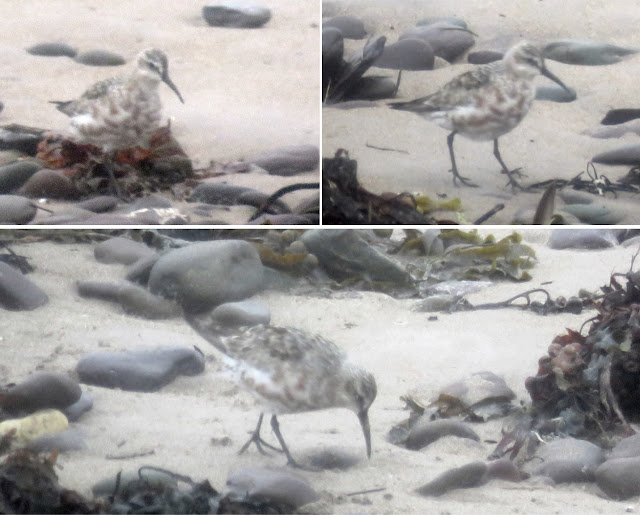 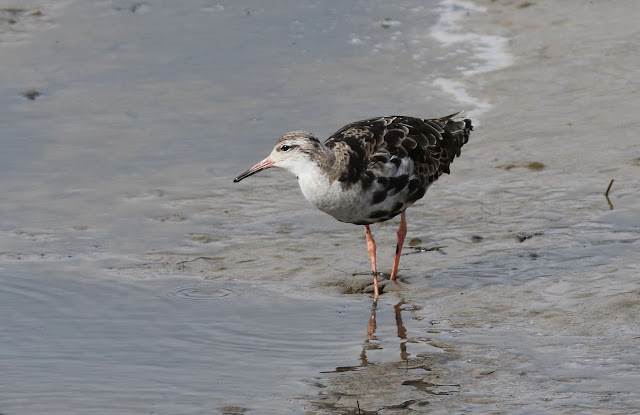 This is the best time of year to see a good variety of terns in Kerry, especially at the likes of Beale Strand, Rough Point and Cloghane Estuary. There's plenty of juveniles about too, presumably at least some from the local colonies, but also with others from elsewhere. Only one pair of Sandwich Terns bred on the Maharees this year, but there are upward of 100 in the general Rough Point/ Brandon Bay area at the moment. 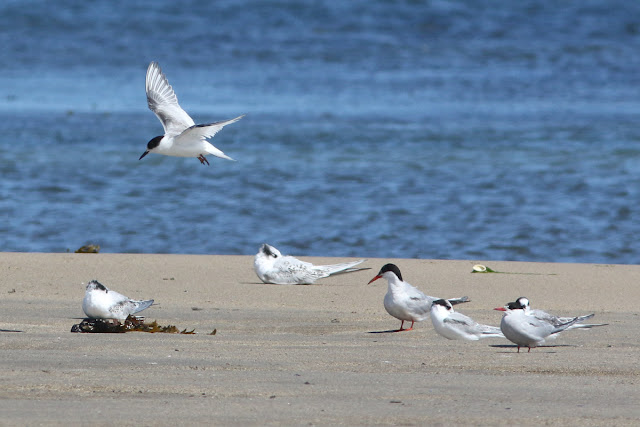 The roosting flock at Rough Point numbered about 100 birds, a mix of mainly Arctic and Sandwich, with just a handful of Common Terns, and only one Little Tern. 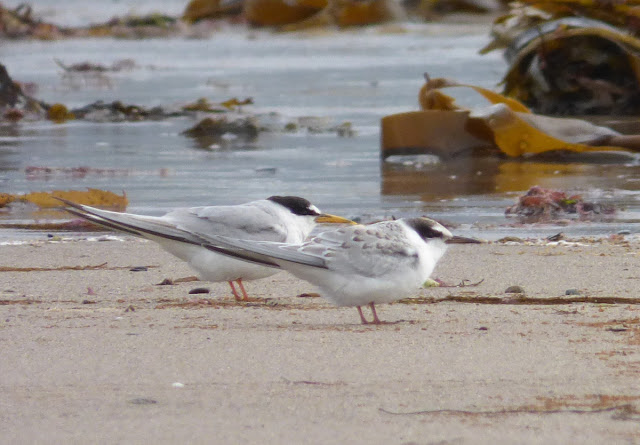 Little Terns are still about, though they must surely be thinking of heading south some time soon. 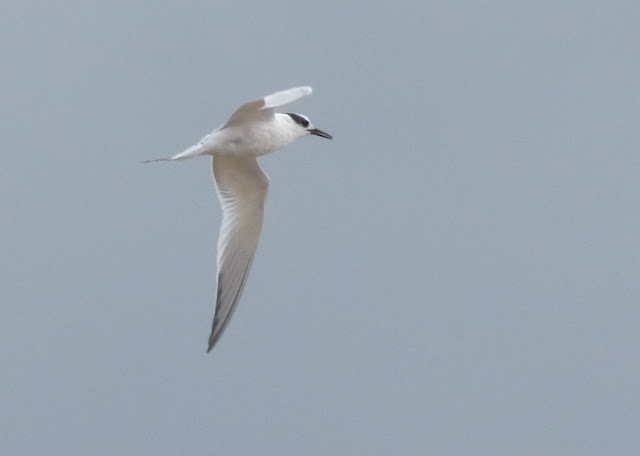 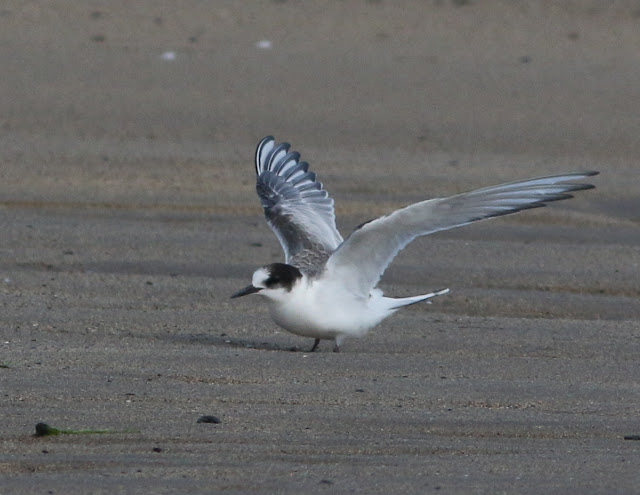 Fresh-plumaged juvenile Arctic Terns are really smart-looking birds. Hardy little things too, about to launch south of the Equator any moment now. 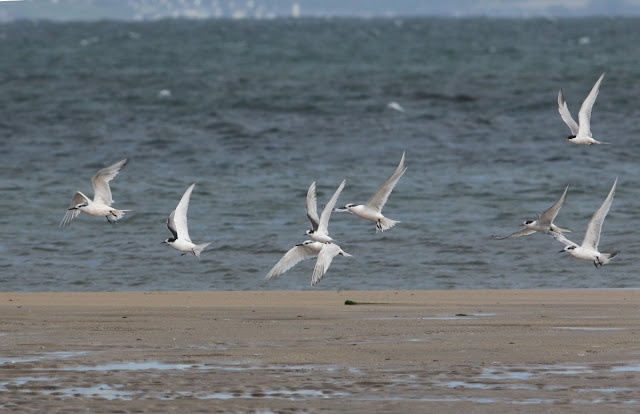 Below, a useful comparison of juvenile Common and Arctic Terns. Nearly as useful as the stunning comparison photo of Cormorant and Robin which you can see on this page HERE 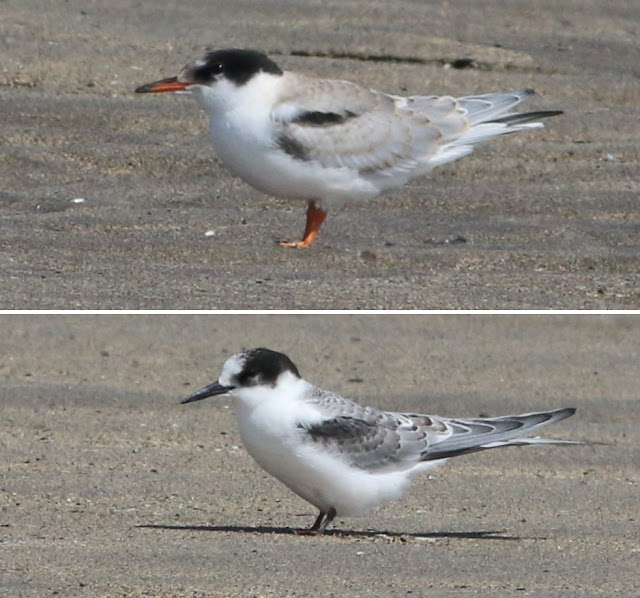 Nationally, it's been a strange season for Barn Owls, with average brood sizes good, but a lot of traditional sites, particularly in Kerry, apparently abandoned, or resulting in failed nesting. Sites in inland and midland sites seem later than western coastal sites, a reversal of the norm. A very chilly spring most likely accounts for the strange timings and failed nests, despite the subsequent good summer weather.

However, there has also been an encouraging uptake of new nest boxes, showing the real value in providing safe nest sites for this iconic bird. 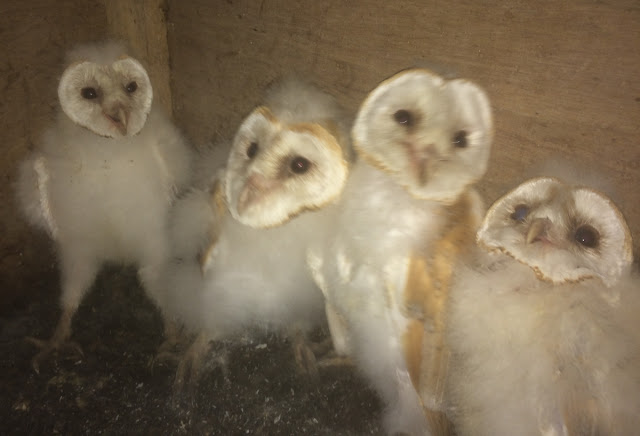 One of the few broods of four this summer (above) was in a nest box near Castleisland, a site which has proven successful in each of the last three seasons it has been occupied, with three, three and, this year, four chicks. 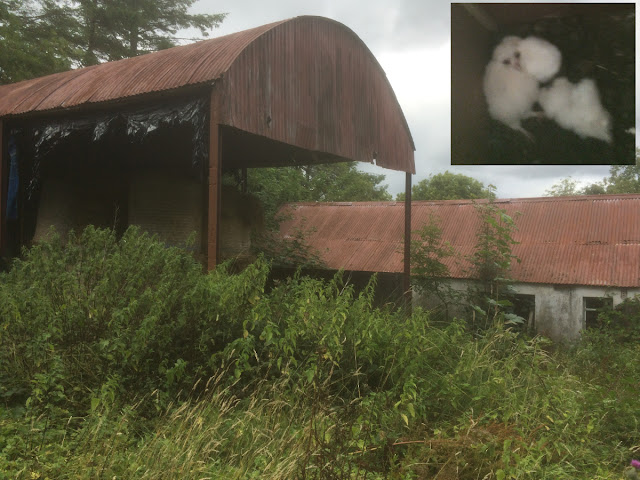 Three young chicks were in a newly occupied nest box in this barn near Scartaglen, July 2018.

A nest box was installed in this barn (above) in 2014. With no sign of Barn Owls nearby or known of in the immediate area, the reasons for putting the box in place were based somewhat on blind optimism, though there was potentially good foraging areas nearby, and the barn was disused. Finally, in year five, the optimism was rewarded, Barn Owls moved in and three chicks were hatched. Unfortunatly only one of the three survived to fledging, but fantastic to have another nest site up and running. 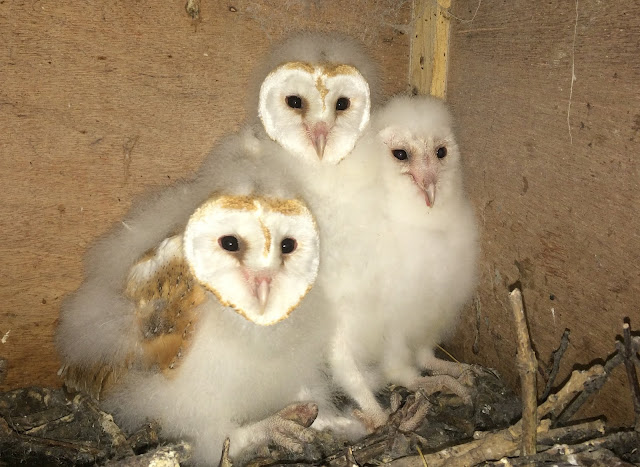 The average brood size from these sites was 2.55, a little above the national average (there were other sites which were successful but we can't be sure of the exact brood size). However, with several failed nests and quite a few empty traditional sites, it's not been a bumper season. Here's hoping this coming winter will be kind to the next generation of Barn Owls.