White-winged Dove and a Curley

Near Boolteens there's a new way-marked trail at Caherfealane which takes you past the marsh of the same name, also known as Caher Marsh, a spot which has turned up Spoonbill, American Golden Plover and a few other goodies over the years. However there is, it seems, a first Western Palearctic species awaiting the visitor. 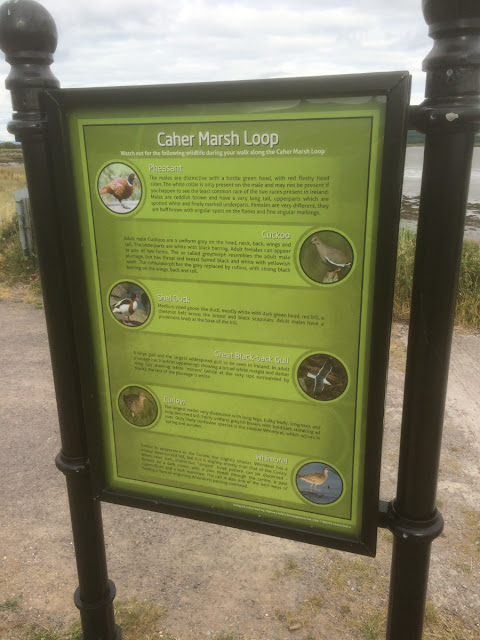 The new interpretive panel has a nice map of the route and, on the reverse, highlights six species of birds to be seen along the trail, i.e., Pheasant, Cuckoo, Shel Duck (sic), Greater Black-backed Gull, Curlew and Whimbrel. The mis-use of "Shel Duck" grabbed my attention and I went for a closer look. It was with a deep sigh and a predictably testy appearance of my alter-ego, 'Grumpy-Old-Pedantic-Git' that I noticed not only is the text riddled with errors and typos, double spaces and missed hyphens, the choice of species somewhat odd (Whimbrel is not at all regular there and Black-headed Gull is by far the commonest Gull all year), but the photo of Cuckoo is actually of a White-winged Dove, a species of pigeon confined to the southern United States and Central America and never recorded in Europe. 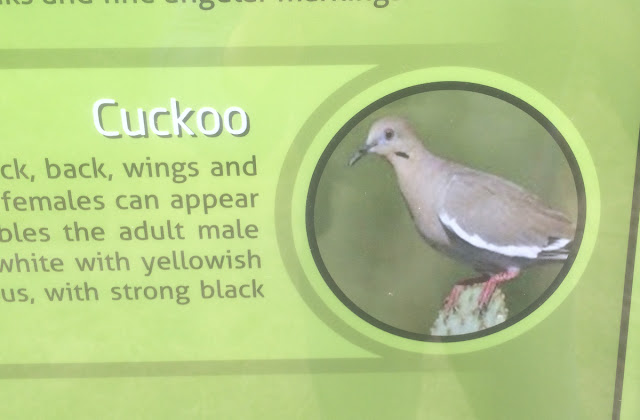 This sort of public information problem crops up regularly enough. I recall some years ago seeing a sign for boat trips along the Cliffs of Moher which advertised and illustrated with photos, the wildlife likely to be seen - whales, dolphins, Puffins, White Terns... What? White Terns? Maybe if you were on Ascension Island in the South Atlantic... 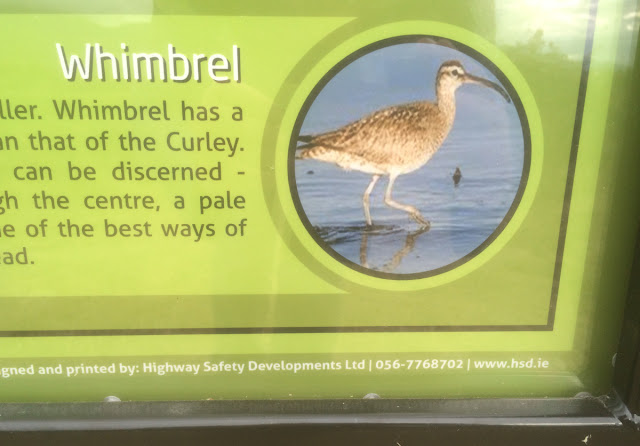 The Whimbrel photo looks like it is actually of a Hudsonian Whimbrel.

The sign and the trail are truly commendable and are a tremendous asset to the area - really, they are - but for heavens sake, the information could so easily have been checked. You have willing volunteers right here. Just contact us. 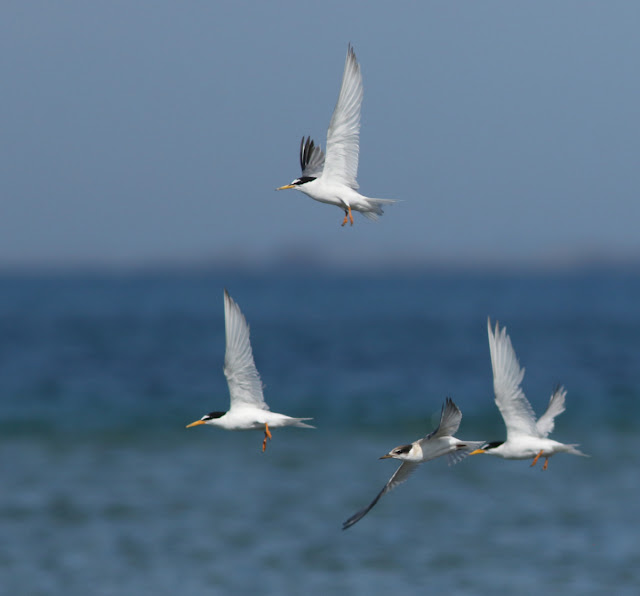 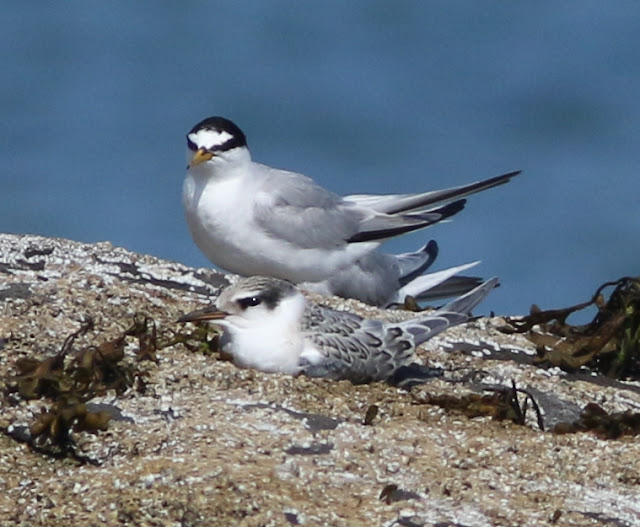 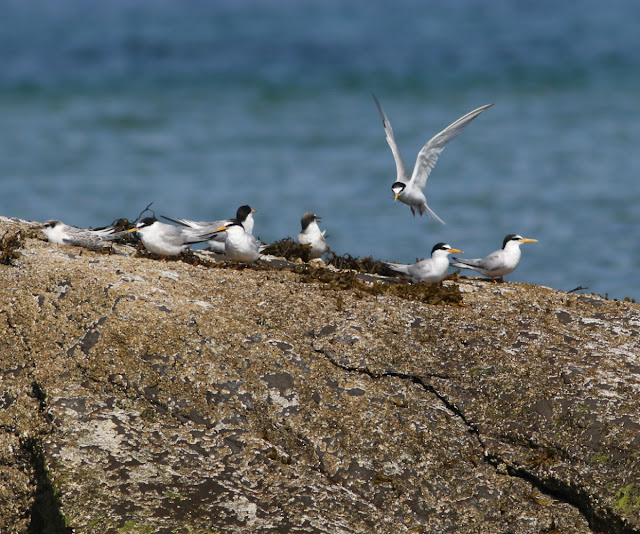 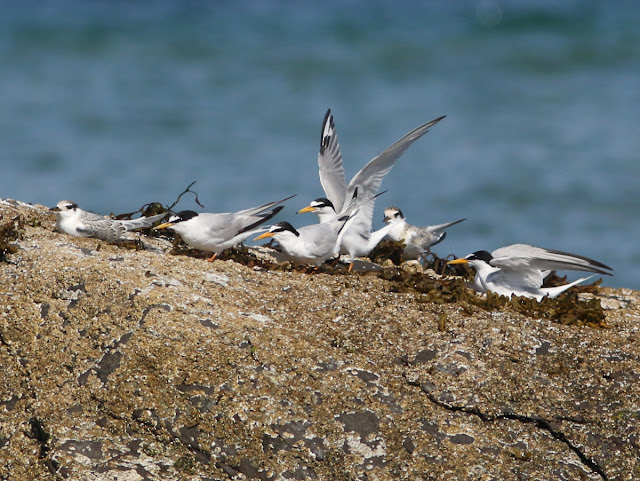 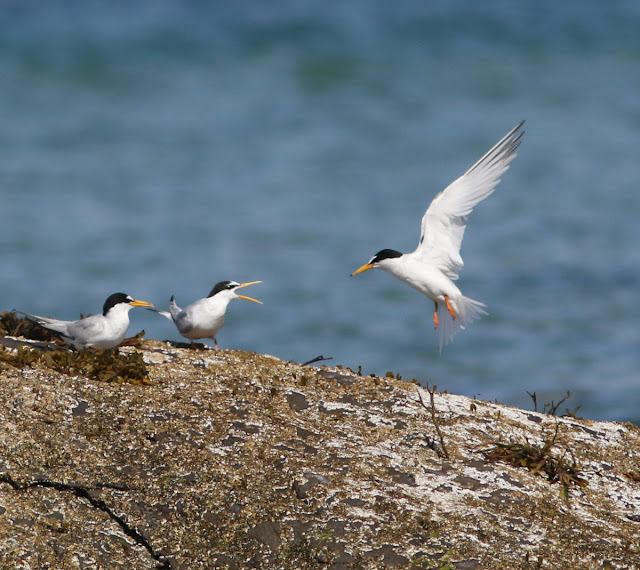 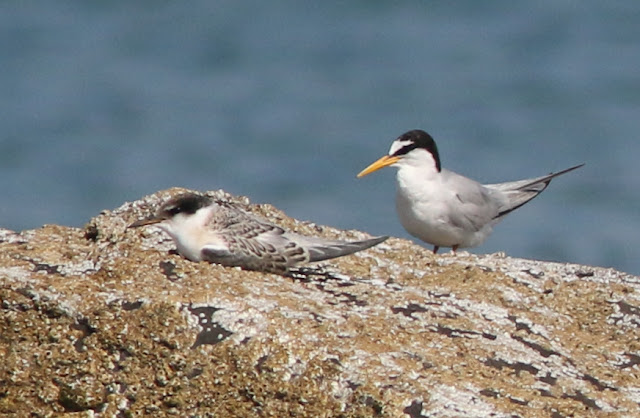 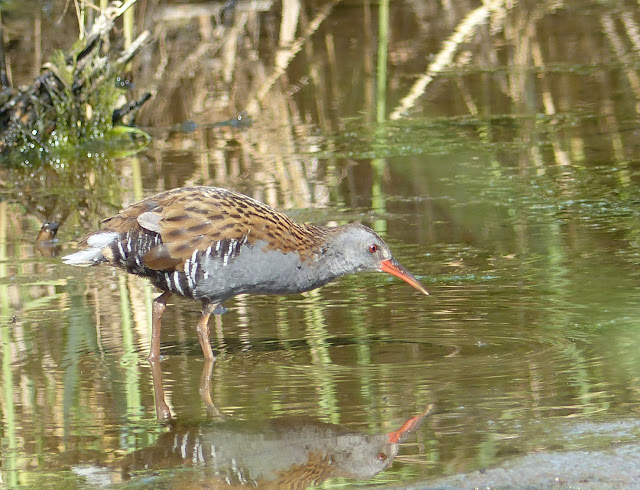 A fantastic photo of a scarce and secretive breeding species.
Posted by Michael O'Clery 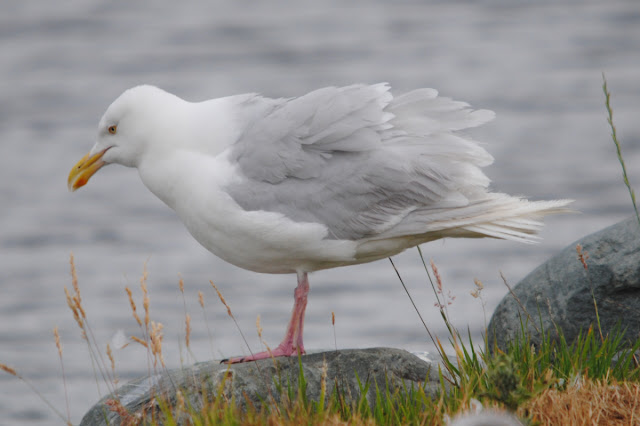 This bird has been present in the Blennerville area all summer. 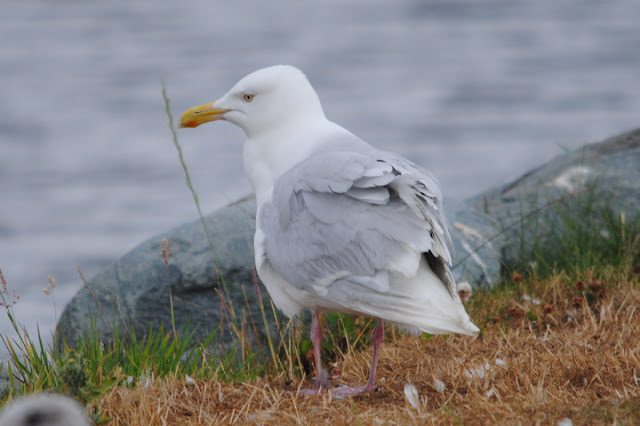 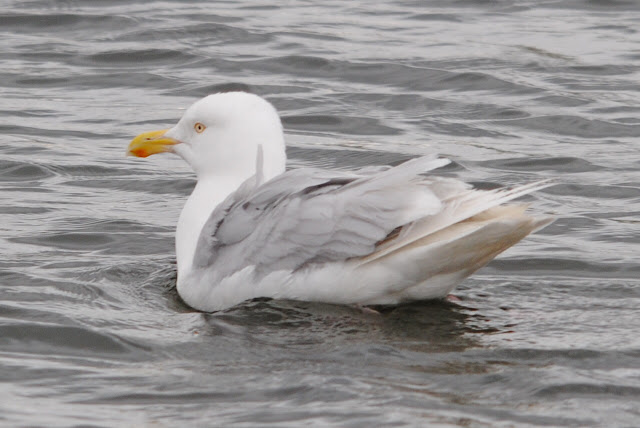 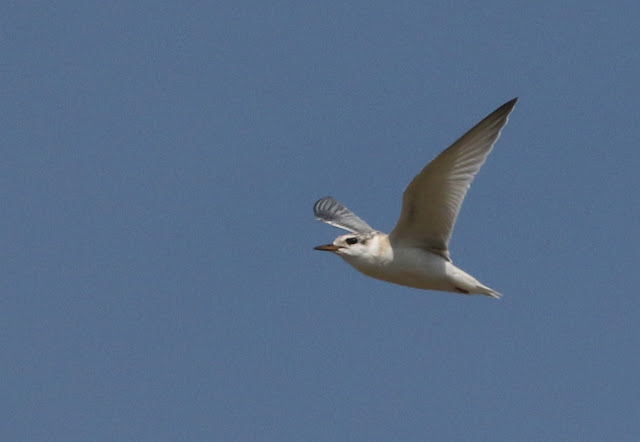 The extraordinary run of good weather this summer in Kerry has meant greater than usual numbers of human visitors to the Maharee islands. Fortunately, this does not seem to have deterred the nesting terns. 6 to 7 pairs of Little Tern were seen to be nesting back in May and early June and today it was a relief to see at least 5-6 fledged juveniles flying about the island, harassing their parents for food. 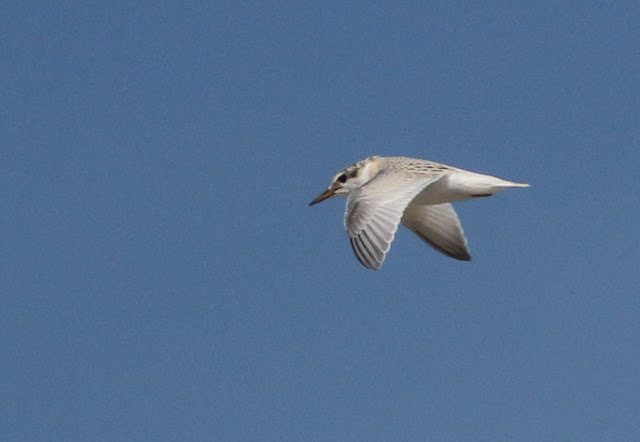 Tern chicks, immediately after leaving the nest and for their first few months of life, are smaller than their parents. Not that they are literally smaller in a body sense, rather the tail feathers and particularly the primary feathers don't quite match the true length of adult birds. Short-tailed and blunt-winged. So while adult Little Terns do indeed seem little, their offspring, after fledging, seem tiny. 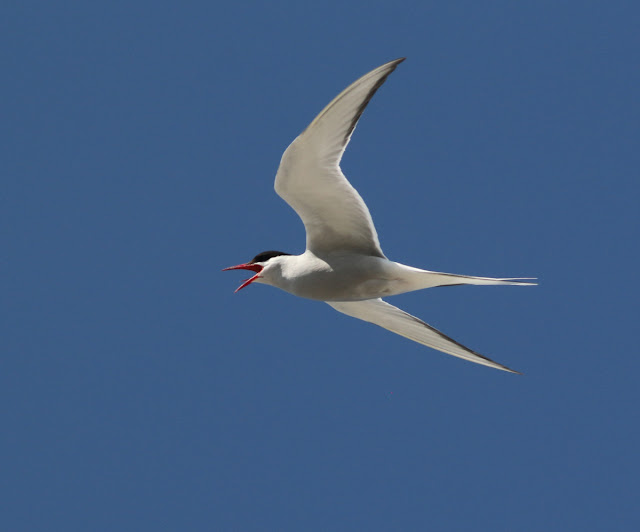 The main two Arctic Tern colonies are still at chick stage, with no chicks yet fully fledged. Small numbers of adult Common Terns were also still attending their near-grown chicks. Another week or so and most chicks should be flying. 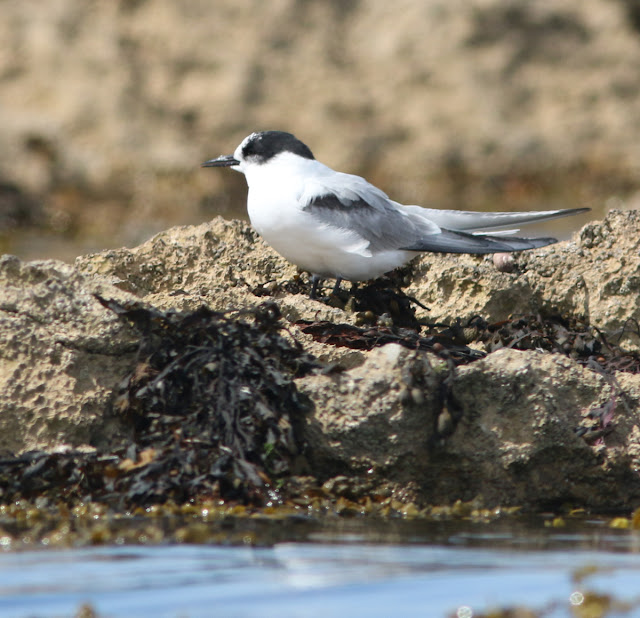 This young bird is not a fledgling from this year, rather this immature bird was hatched last summer, has been to the Southern Hemisphere and back, and is hopefully checking out a new nest site for when it is ready to breed next summer. After going down south and back again. 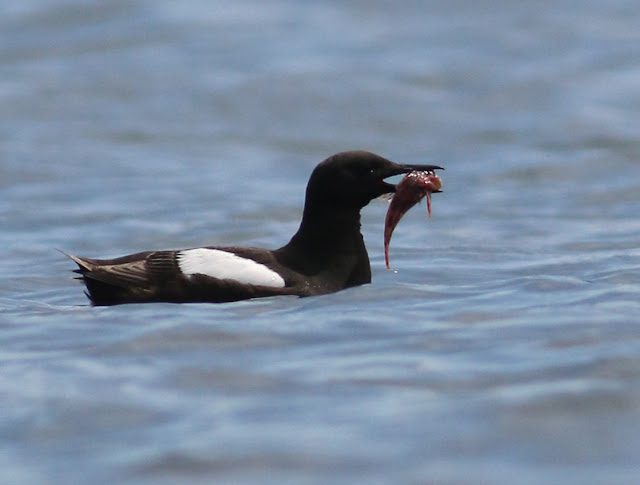 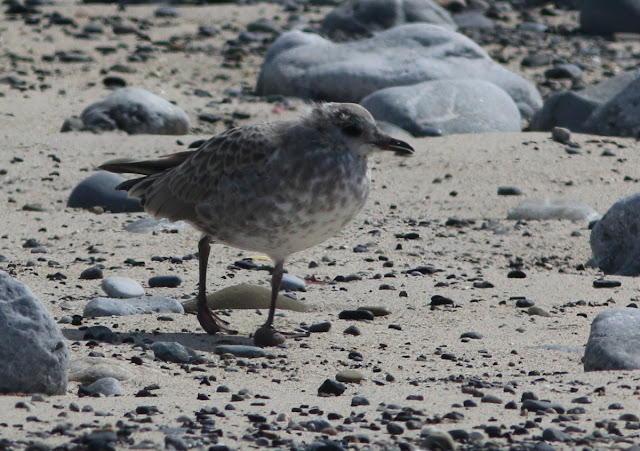