Things are looking good for the Kerry Barn Owl population so far this summer. Only a few sites have been lost from last year, several new sites have been found, and wherever breeding is taking place, brood sizes are good.

The first recorded brood of 5 chicks in Kerry for at least 8 years was seen yesterday at a traditional site near Tralee. Many other nests have 4 chicks. Most should survive to fledging if the weather stays at least reasonably good. 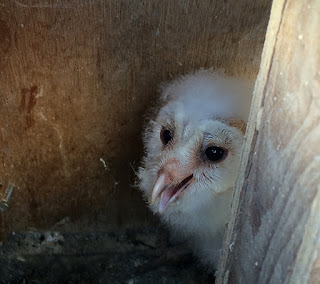 A young Barn Owl chick at a nest box near Castlemaine, 26th June 2015 (M.O'Clery Under licence from NPWS). 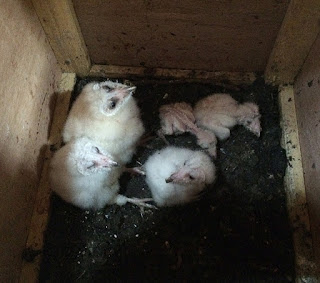 Five Barn Owl chicks at a nest box near Tralee - the first of this size recorded in Kerry in many years, 26th June 2015 (M.O'Clery Under licence from NPWS).

For more on this, see the Irish Raptor Blog posting HERE
Posted by Michael O'Clery

Young Kestrels take to the skies

Young Kestrels around the country are either close to, or starting to, fledge from their nest sites. At this particular site in south Co. Kerry this morning, three young Kestrels were already mastering the fine art of flying, though with mixed results. They are not straying too far from the nest site - a quarry cliff - because the two adults are still bringing prey deliveries to the nest site. All three youngsters are already masters of the air, swooping, hovering and diving with youthful exuberance. Landings are a little more haphazard however, with several wavering attempts needed for landings on rocky outcrops, and on several occasions, an undignified crash-landing onto a patch of heather. 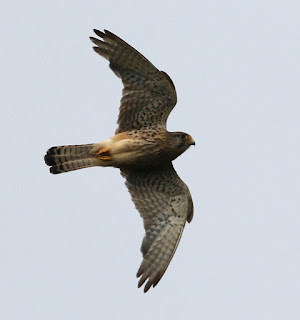 Above, a young Kestrel, having only just fledged in the last week or so, is already mastering the air. The overall shape is subtly different from adult birds, with a shorter tail and blunter-looking wings. The main flight feathers still have a little more growing to do. 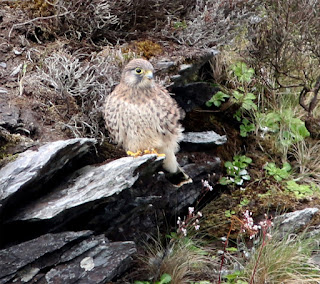 Above, a young Kestrel awaits food from the parents. The young are still making no attempt to hunt, though they must learn soon. Instead, they will rely on their parents for another few weeks, even once the family group moves away from the quarry nest site, though of course they will eventually have to learn to fend for themselves. 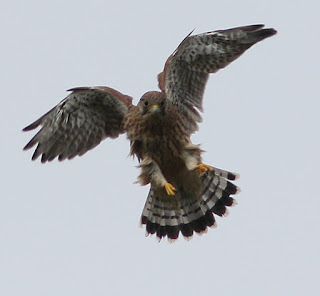 Above, a young male Kestrel makes a clumsy attempt to land on a post above the quarry. 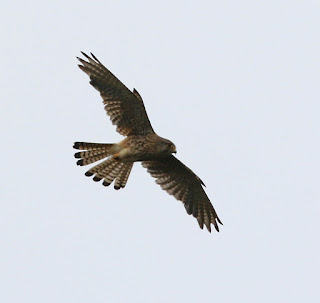 Above, the adult female Kestrel is looking a little ragged, after raising three hungry chicks. She will have another two or three weeks of hard work before the young start to disperse to find their own food. 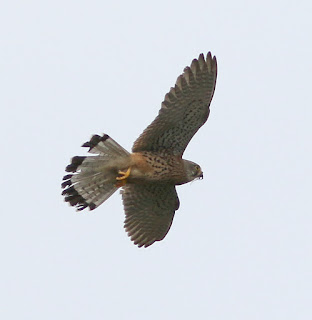 The adult male is also looking a little worn. Both adults will start to replace their worn feathers in the late summer and autumn, when food is plentiful and the young have gone.

If you see any Kestrel family groups in Kerry in the coming weeks, please do let us know - e-mail the details to this address HERE.
Posted by Michael O'Clery 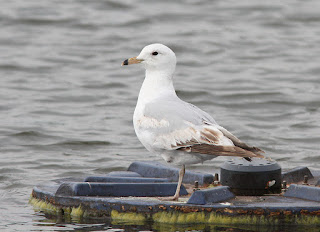