Lots of family fun, walks and talks  this weekend in and around Fenit.

Have a look at the brochure for an amazing series of events, most of which are wildlife-related. Go along and have some fun! 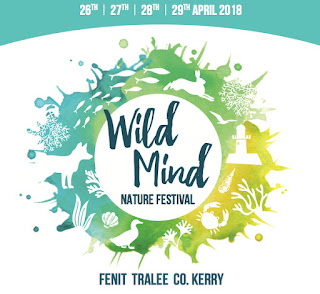 Click on the pic to see the full brochure. A pop-up window will display a PDF of the brochure, which you can download.

Glaucous Gull lesson for all the kids

There were two Glaucous Gulls at Cloghane Estuary yesterday, but one of those should be seen as a valuable life-lesson to all the kids and aspiring young birders out there. 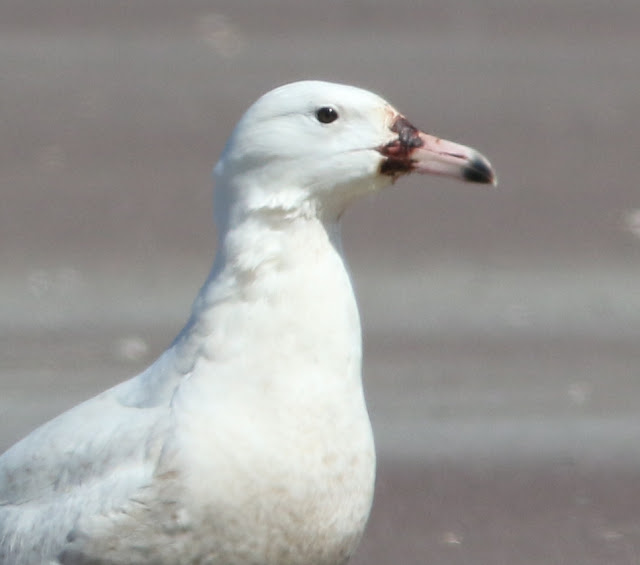 Because this is what happens when you repeatedly stick your head into the stomach cavity of the rotting corpse of a dead seal pup to gorge yourself on putrid flesh. 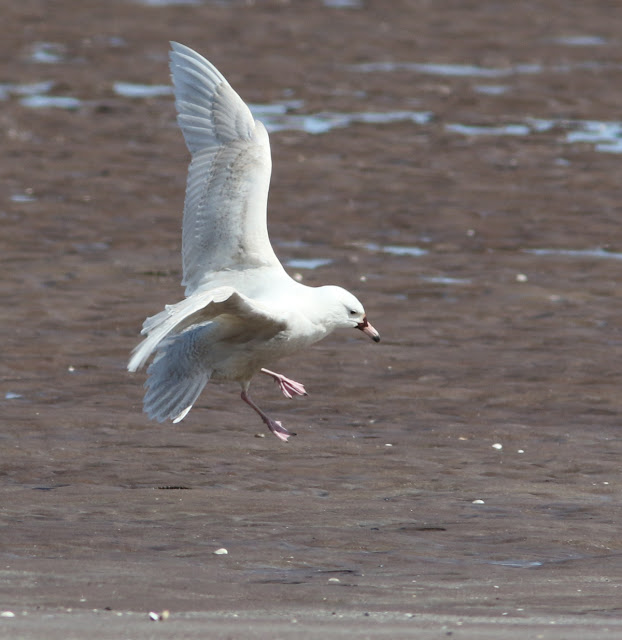 Time for the truth - Littoralis vote 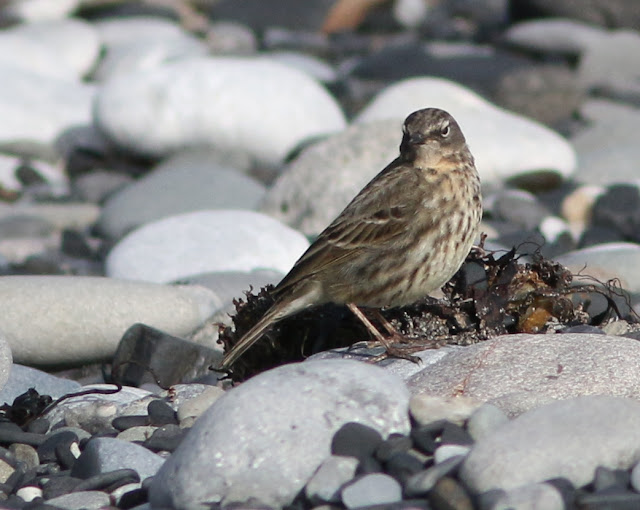 Here, a pinkish Rock Pipit at Rough Point today (one of three, or perhaps four in the area) or, depending on the angle of light, the quality of your camera or your ability to manipulate saturation levels in PhotoShop, a buffish Rock Pipit. In any case, a bird that would mostly fit into the category of a 'Littoralis'  or 'Scandinavian' Rock Pipit. Worthy of publication in the Irish Rare Bird Report for 2018 in the official end-of-year rarity list in Irish Birds. But is it really one? Or really, what is a 'Scandinavian Rock Pipit' after all? The difference in DNA between them and our own 'ordinary' Rock Pipits are minimal. So small you could fit a sliver of Holy Communion between the two.

I'm beginning to think they are a made-up sub-species, invented by Russian hackers, the doctored photos disseminated on social media to susceptible or suggestible birders all over the internet. Cambridge Analytica have been posting Facebook ads promoting Littoralis as a full species so, if you have any sense, you should be very alarmed.

Maybe it's time to lay to rest the myth of Littoralis once and for all. 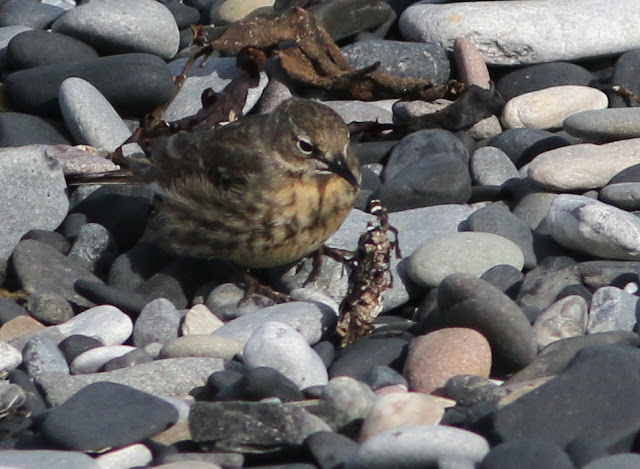 Are you a believer?

Please note: Unlike other polls, you can refresh the page, and vote again. If you feel strongly about this issue, keep on voting as often as you wish. Have a vote, and then you get to see how everyone else has voted. 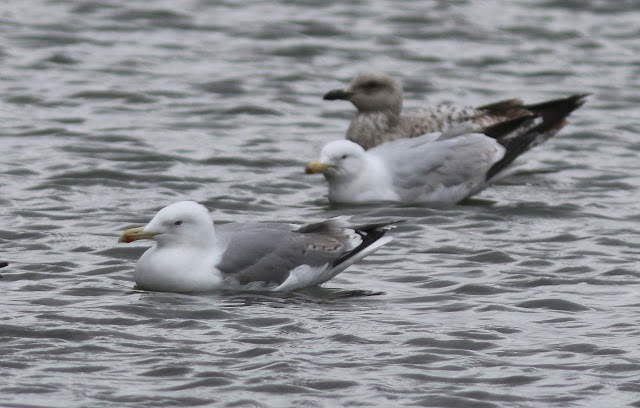 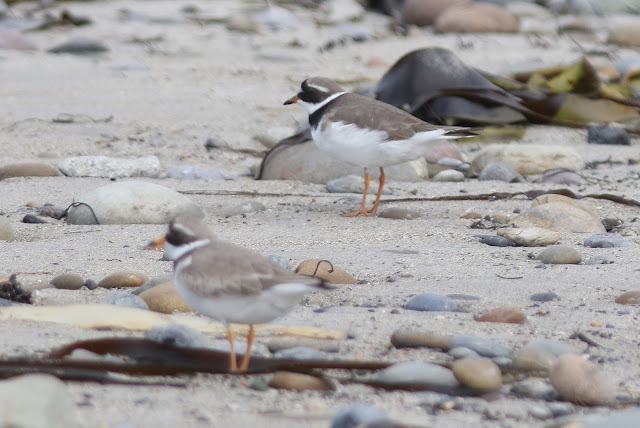 One of around six present. 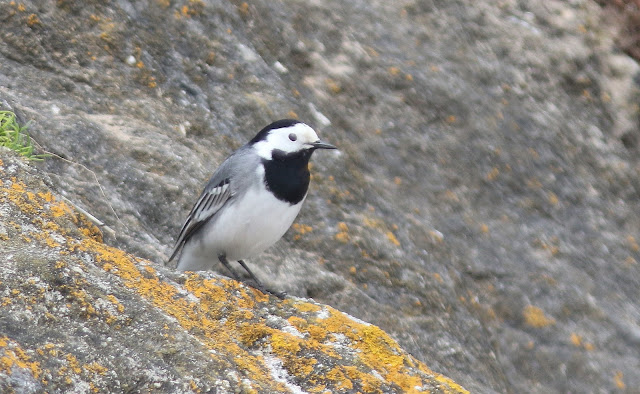 Author Padraic Fogarty is giving two talks on his terrific new book, Whittled Away - Ireland's vanishing wildlife. The Tralee Talk is at the Tralee Bay Wetland Centre on Friday 13th April at 7.30pm, the Killarney talk is in the public library, Killarney, on Saturday 14th April at 2pm. All are welcome and the events are free. 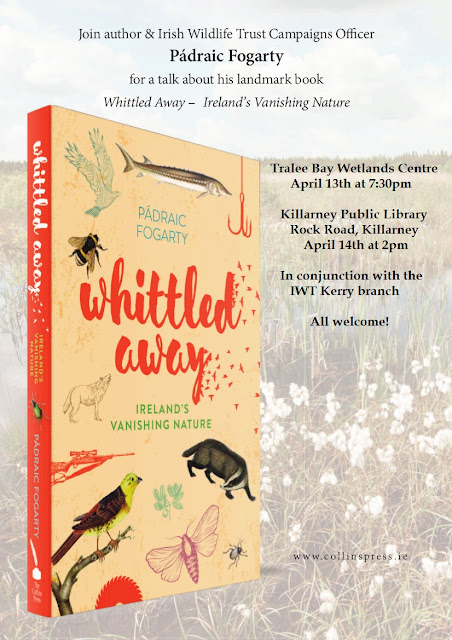 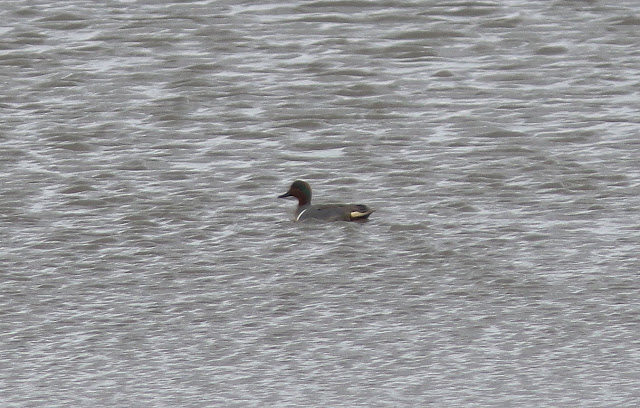 Quite possibly the same bird that was at Blennerville in December and early January, though there were no sightings in recent weeks. 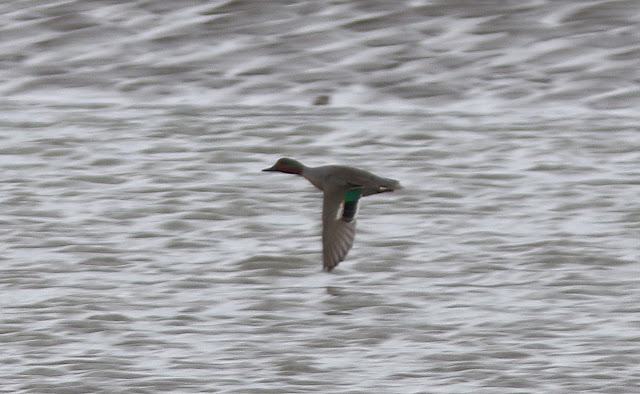 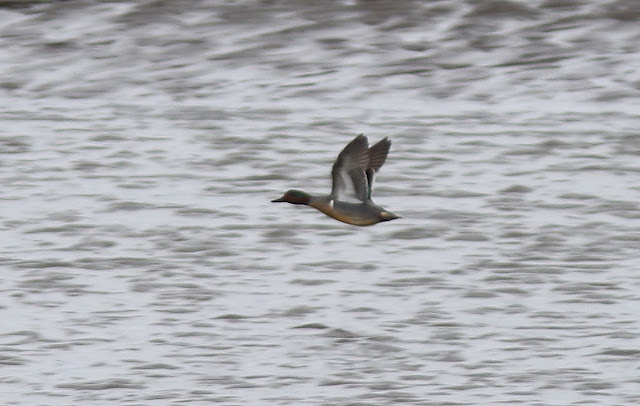 Ok, when I say, 'Funny-looking', I hope you haven't been sucked into click-bait territory, along with the classic YouTube clips of piano-playing cats, and dogs that have learned to 'go' properly on a loo AND flush after, while their simpering owners look on. I hope you haven't clicked on the the link in preparation for a - literally - funny looking Iceland Gull with, say, pierced nipples and a neck tattoo, or wearing a perfect little pair of wellington boots while dancing in the rain with an umbrella. No. By funny-looking, I mean, well, weird. 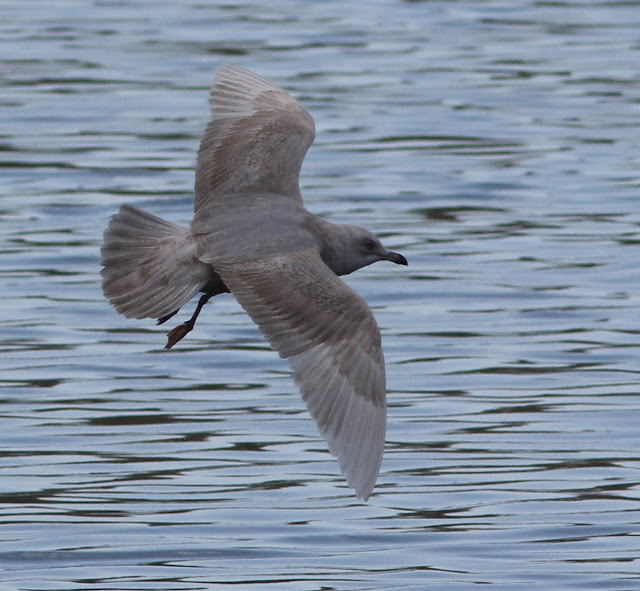 What's so weird about it, I hear you saying? To clarify, of course I don't actually 'hear' you saying that, as such, more that, in a virtual sense, as in 'virtual reality', I imagine you saying... OK, let me re-phrase that first sentence.

What's so weird about it, I imagine you saying to yourself while looking at the image online?

Then again, you probably wouldn't say it out loud, probably just think it, to yourself...

Let me try this one more time.

What's so weird about it, I imagine you thinking to yourself while viewing the image online, alone and in silence?

But then, how would I know if you were alone? And there might be background noise, like a telly on in the background. Or distant traffic...?

What's so weird about it? Well, let me use a bit of PhotoShop magic on it to demonstrate... 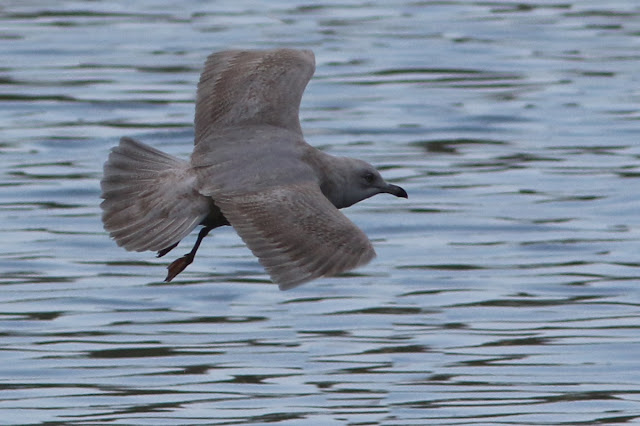 Thing is, going back to the original image, it looks like this bird has moulted all it's outer wing, but not any of the inner wing. Weird. Then, the outer primaries that are there now not only look pale, as in Iceland Gull pale, but the inner primaries are darker than the outer ones. Double weird.

And then you see it sitting in the water (photo below). Ok, Almost pure white primaries, so, an Iceland Gull. But look at the contrast... Weird. 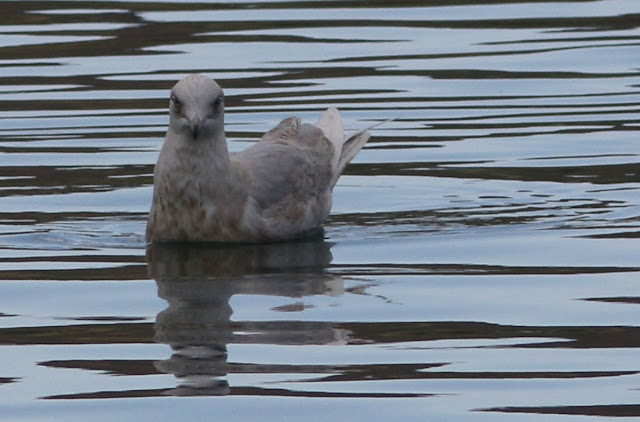 Scratch the classic Kumlien's Gull rubbish. It's an Iceland Gull. But a weird one. Dingle, 25th March 2018 (M.O'Clery).

At least there were other Kumlien's to look at in Dingle that day. Below, two far more plausible candidates are shown below. 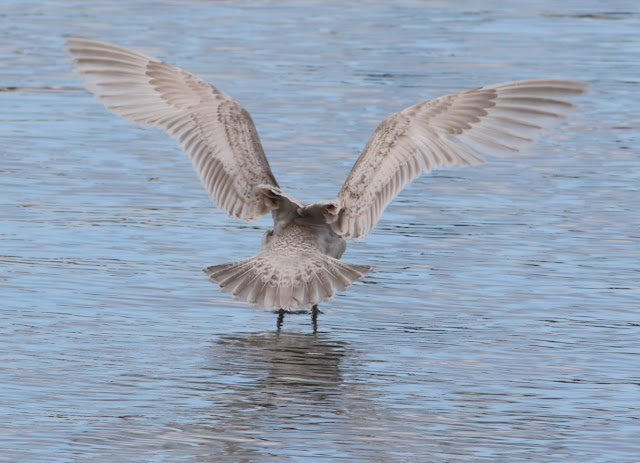 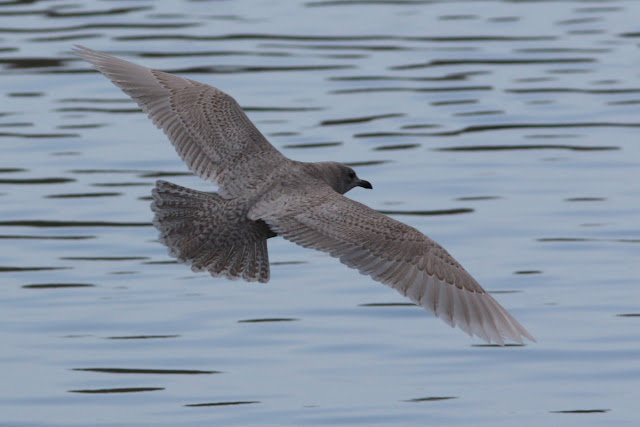 Different individual to the one above (note the missing inner primary on the first). 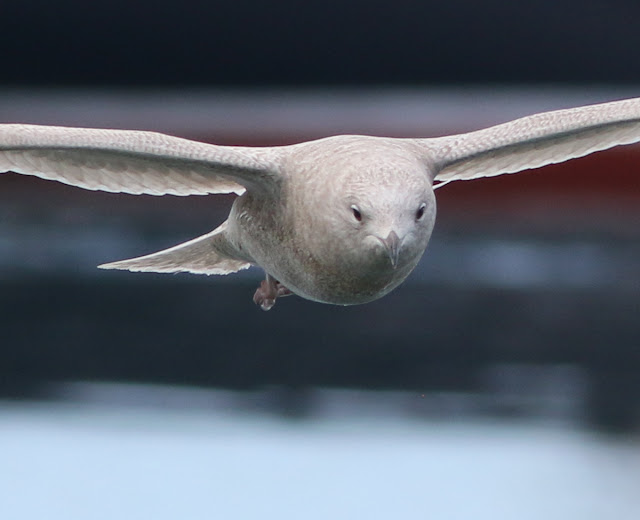 With thanks to Anthony McGeehan and Bruce Mactavish. Have a look at their respective blogs... Anthony's HERE and Bruce's HERE.
Posted by Michael O'Clery